We were tasked with creating the branding and an overall visual campaign for the Sixth Man, a documentary by a Steven Spielberg protegé about the passionate fan base of University of Kentucky basketball. Kentucky coach John Calipari refers to the Kentucky fan base as a "blue dust". He often references the metaphor of getting blue dust on oneself and being unable to shake it off. This speaks to the passion of the Big Blue Nation.

Our concept was to create a flexible design language and graphic elements that could be scaled across print, digital and point-of-purchase materials. The idea is that everyone is the "sixth man". Conceptually, we created the logo and promotional graphics to be modified slightly to allow for different people to pose behind the large Sixth Man logo. A photoshoot was conducted that included famed Wildcats fans former Miss Kentucky Heather Renee French, Coach Joe B. Hall and many more. From a Kentucky coal miner to famous actors to a regular Joe, everyone that loves Kentucky Basketball is the Sixth Man. 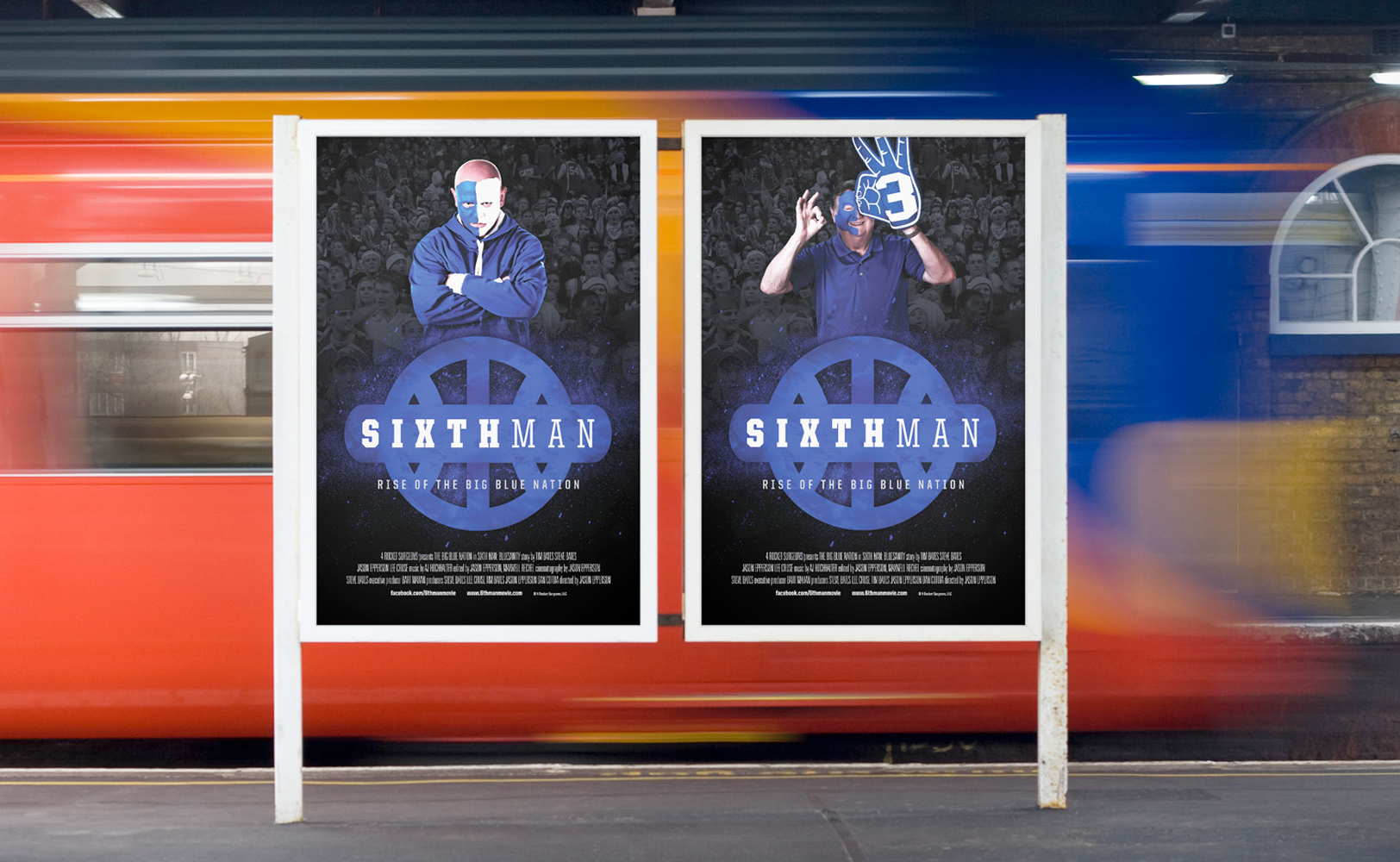 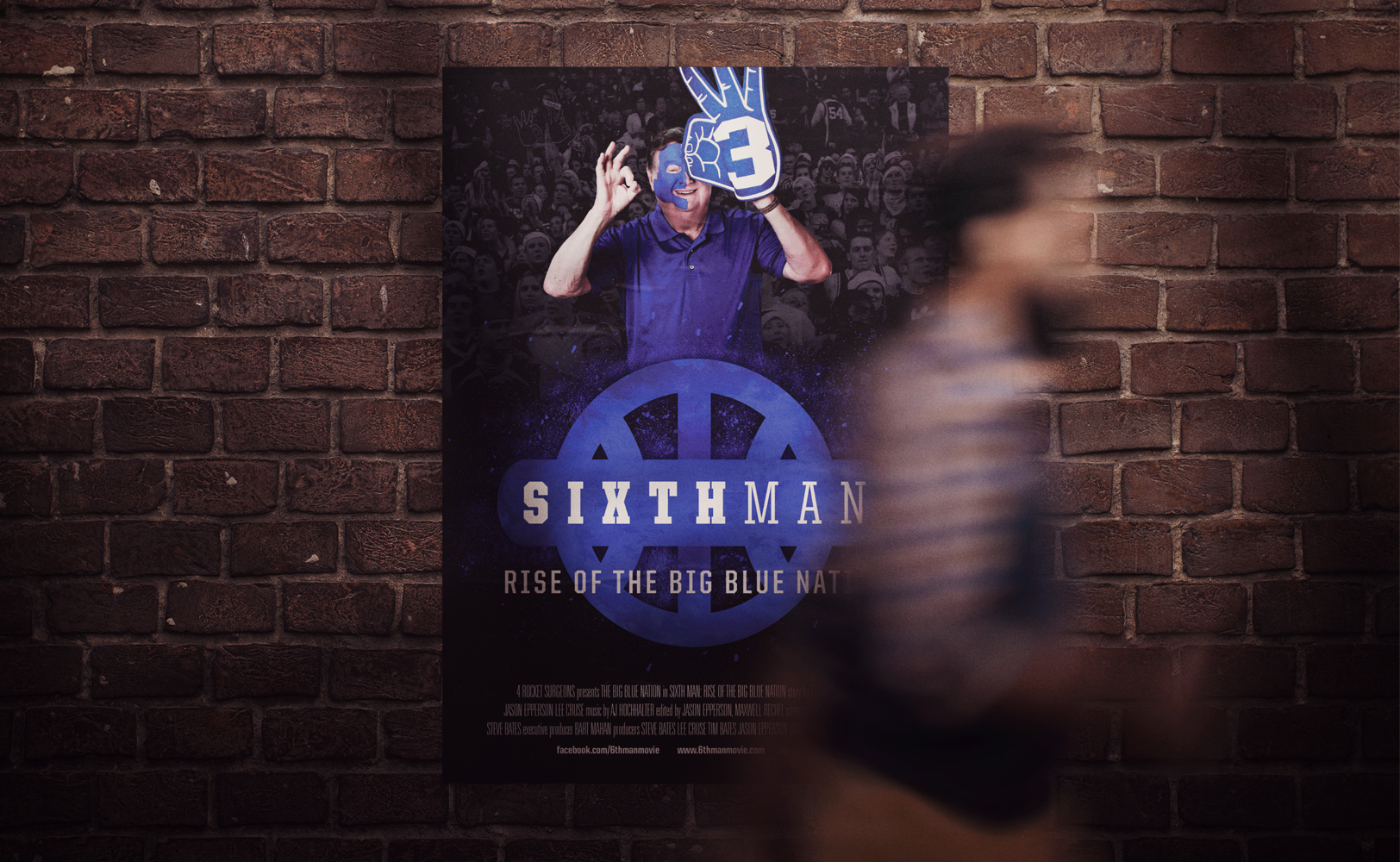 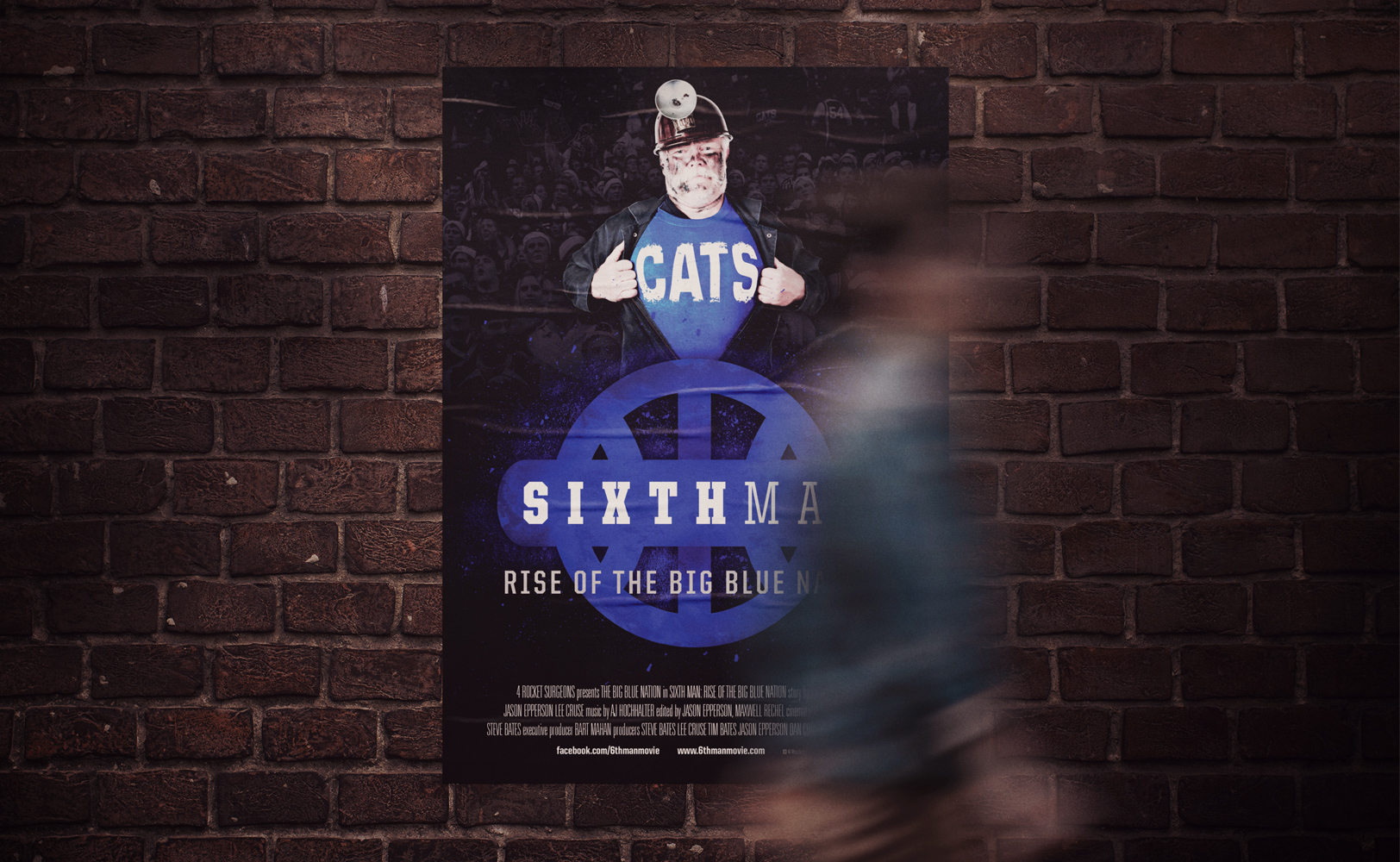 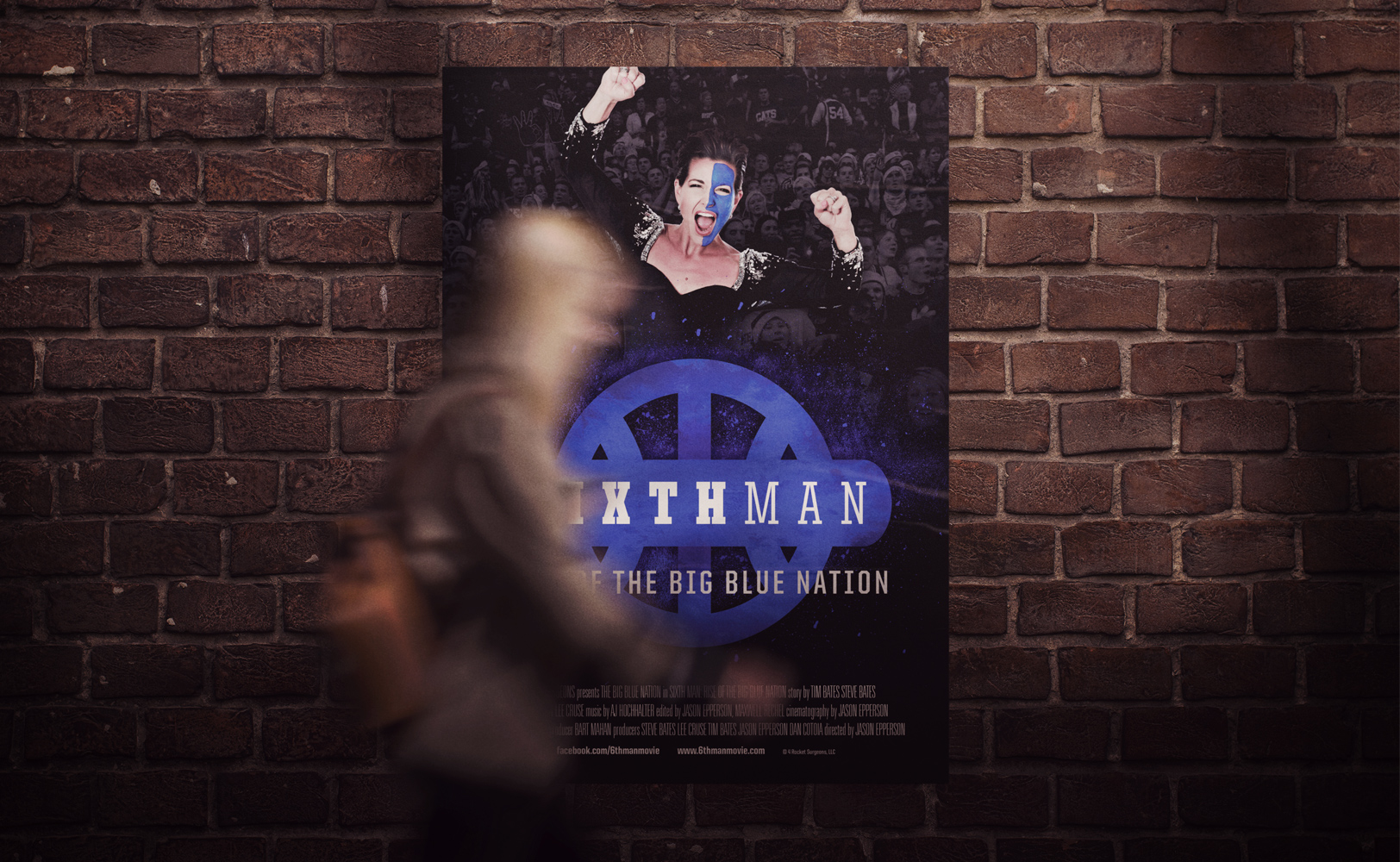 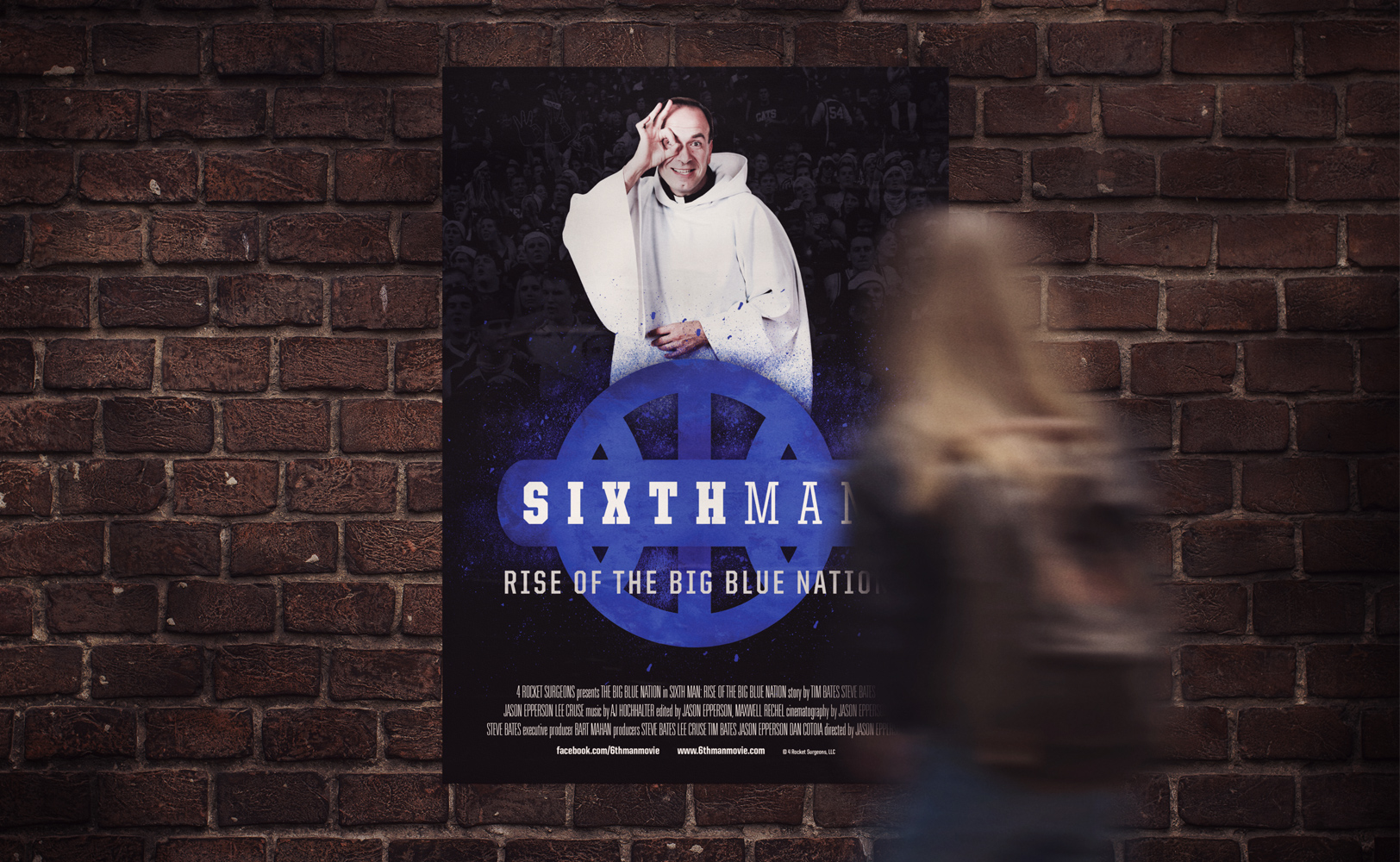 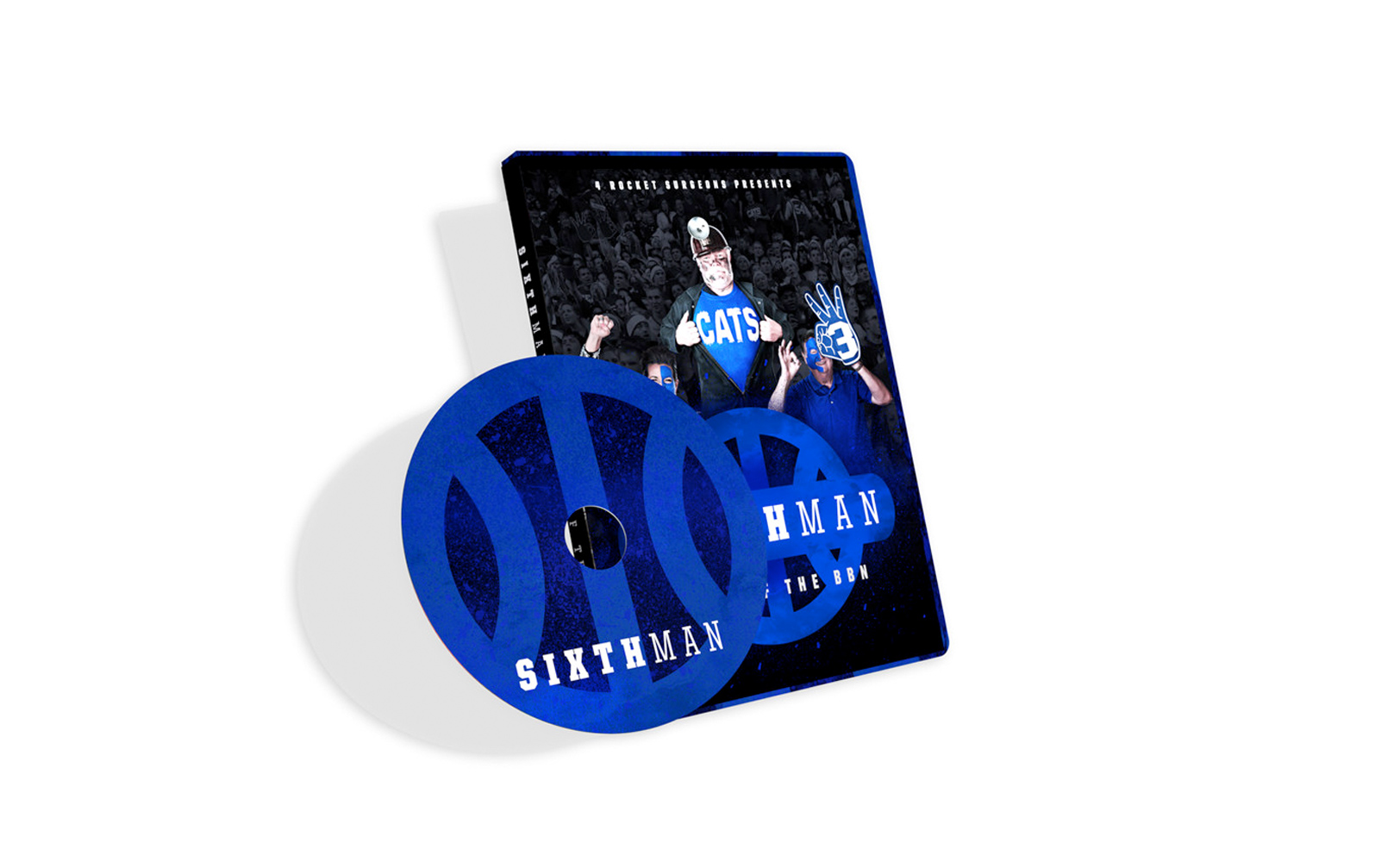 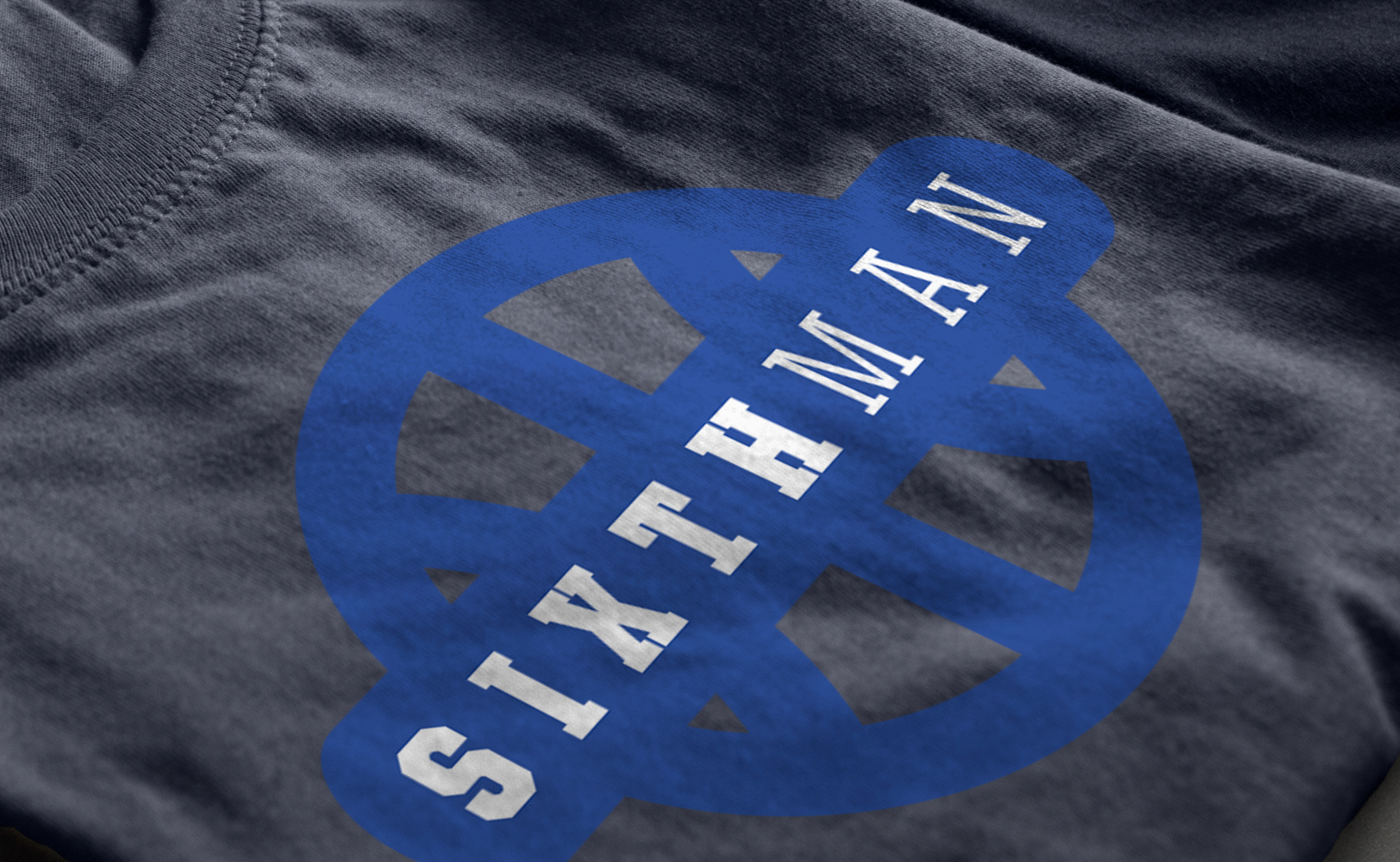